On my Facebook page for WannaBGourmande, I posted a video(I think Russian in origin) of an egg dish I had never seen before! I had a little bit of time before work, so I did my own version of it. And by that, I mean followed the video to the letter. (So to speak...) 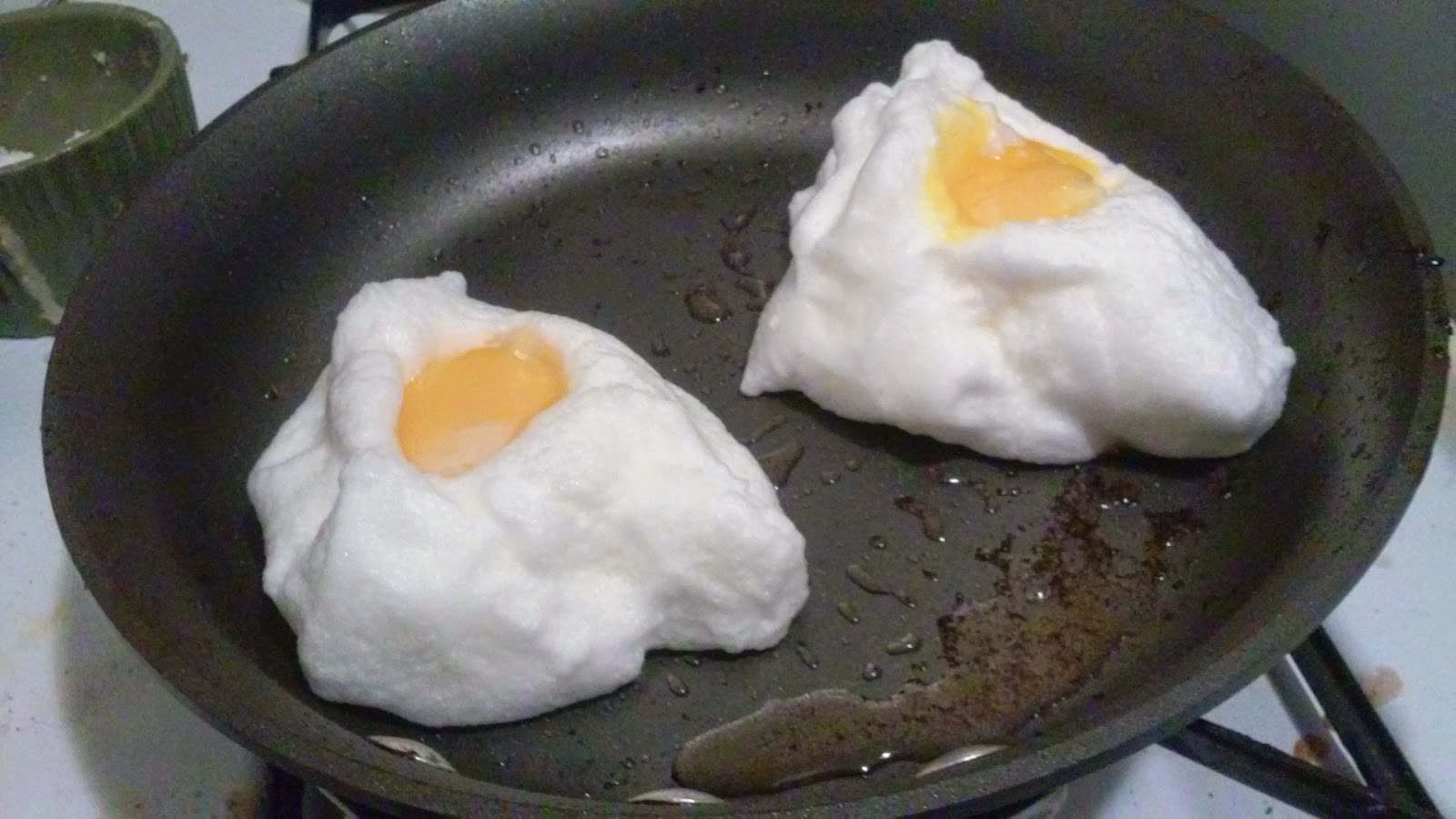 Preheat your oven to 450 degrees F. Heat a pan and cook the bacon over medium-high heat. While that's going, whip the egg whites to a stiff peak. Since you used 2 eggs, just divide the fully whipped mixture in half when putting it in the pan. Drain all but 2 tsp of the bacon fat from your pan, and set the bacon aside to hang out. Plop the 'meringue' mixture into two snowy mountain-looking things in the pan. Gently let the egg yolks slide into the meringue. Pop the whole thing in the screaming-hot oven for about 4 minutes, or until everything has browned/crisped up just enough.

Butter your toast, arrange your bacon on the plate, and when the fluffy egg volcanoes are done, they'll come right out of the pan quite easily using a rubber spatula. 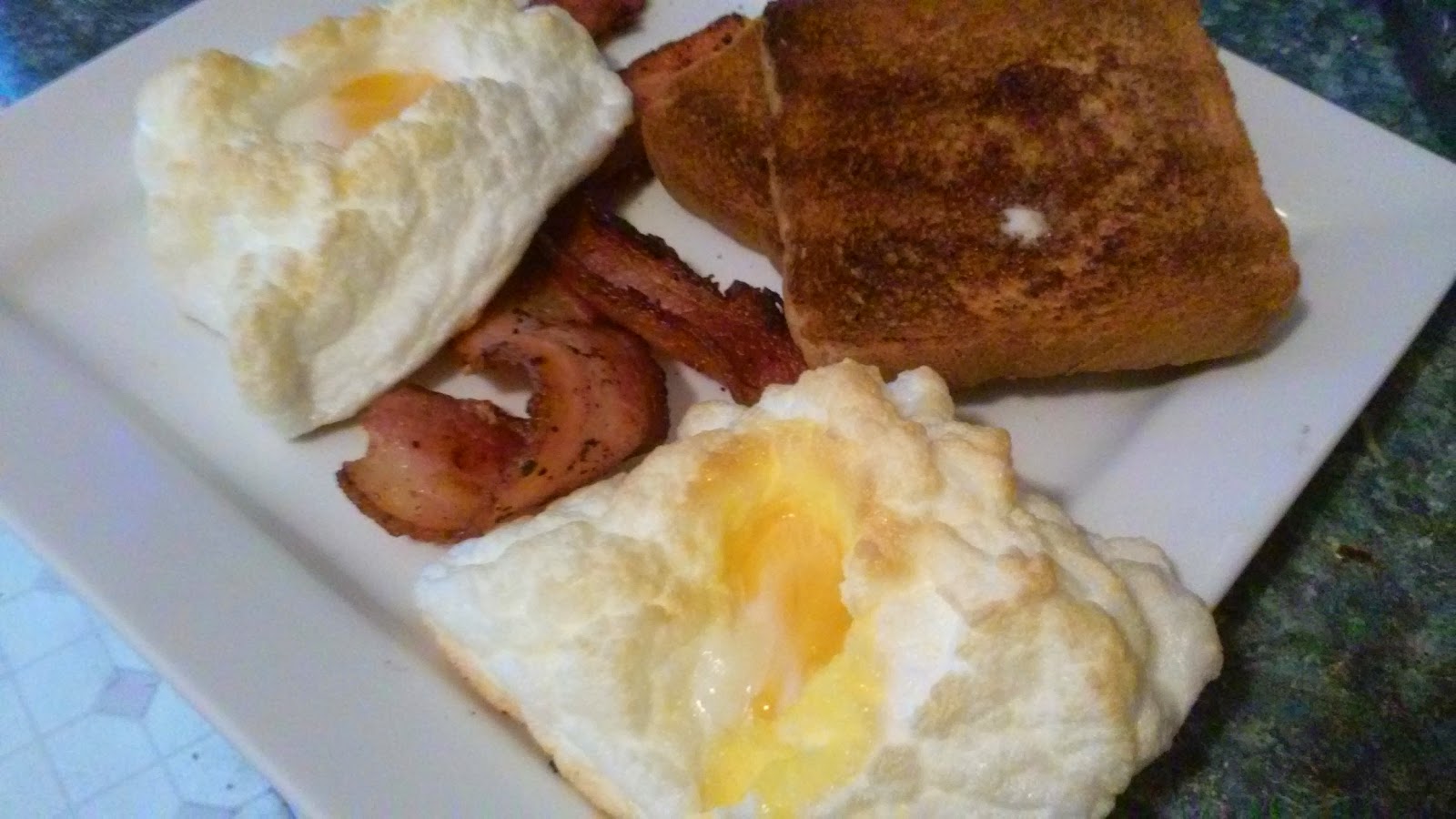 To tell you the truth, it wasn't my absolute favorite, but it was still pretty good! It was fun. It was fluffy and light, and kind of reminded me of a souffle/frittatta kind of thing. I could have probably let it cook less, but I wanted to make sure that the egg whites were cooked. It honestly could have gone fine for 2 minutes, since my oven gets really hot really quickly. But the yolks were warm and still runny, so what more could I ask for?

I hope this encourages you to try new things. And check out the original video here
Posted by Wanna B Gourmande at 11:08 AM