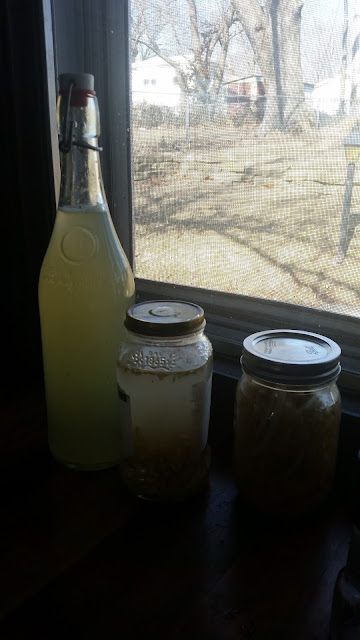 While I run my own business and work several other jobs to keep the lights on, I've decided to make 2016 the year of living my best life. I think all 20-somethings eventually come to this point in their lives where they realize that growing up means something, and it's not always what you think. As a 27-year-old female Chef in the USA, I feel that growing up is what you make it; it's handling your own business and being grown up to realize that "growing up" doesn't mean "no more fun."

Being an adult just means handling your business; paying your bills, maintaining your house, etc. It doesn't mean going to bed at 7:30 or no more binge-drinking(although you shouldn't binge-anything, to be honest). Being an adult just means taking care of number one and making your own choices about it. I love being an adult, and as an adult with no kids, I get to do literally anything I want, whenever I want to(so long as I get to work on time and feed my animals, of course).

Part of living my healthier lifestyle is cutting out soda. Now, I mostly drink water and coffee, with the occasional tea drink now and then, but if I want soda, I make my own. When I make my own soda, I ensure that there's zero salt and no sign of excess sugar anywhere, and it's all made through natural fermentation.

Fermentation has been around since about the dawn of civilization, and we basically owe everything to it. Everything we know from ancient Rome's garum to the fermented soy and rice of Asian cultures has been there since the beginning. When water was (generally) unsafe to drink, fermented drinks like beer and rice wine were there to hydrate our early ancestors, and we likely wouldn't have survived to be blogging on the internet about it had we not had it. Natural fermentation is such a wonderfully healthy way to enjoy a fizzy beverage, and you won't believe how easy it is.

First, you'll need a ginger bug. the recipe for which you can find on my blog about ginger beer. It's basically equal parts(by volume) organic ginger, sugar, and water. Oh, and don't use stevia or coconut sugar--it's about the yeast eating, not you at this point. Once that sits in a warm-ish place for a day or so, you'll begin to see fizz forming. You'll want to feed it sugar at least once a week, of course, along with some more water and ginger here and there, but it generally stays alive quite easily.

Once you have a ginger bug established, you can use it any time to create a soda of your choice. The first thing you need for your soda is a bottle, or some kind of resealable container for it. I use these Geyer Freres glass bottles that are just perfect for this kind of thing. They have what's called a "swing top" that allow you to reseal the bottle and keep a consistent temperature to the liquid inside(glass is an awesome insulator). If you have a bunch of 2-litre plastic soda bottles, though, lying around, I don't see why you can't use those either--because recycling is good! If you have neither, you can get glass swing-top bottles on Amazon for under $20 with little hassle.

Next comes sterilization, which is as easy as running them through a dishwasher. You can boil your bottles if you have a big enough pot, but I've honestly never had any sort of problem with contaminants in my sodas/gingerbeers yet. Once your bottles are sterilized, you're ready to begin with your recipe.

Ready to make some #homemade #lemon #basil soda? All you need is a #gingerbug and some simple ingredients to make your own soda out of anything! Like and comment below for the recipe! #foodiechats #foodblogger
A photo posted by Chef Kolika (@wannabgourmande) on Feb 17, 2016 at 9:51am PST

Lemon Basil Soda
Combine the sugar, lemon juice, lemon zest, basil, and honey with the water and bring to a boil. Don't worry if any of the lemon's pulp gets into the pot; same with the seeds...you'll be straining it all out later!

Protip: when squeezing a lemon for juice, roll it on your counter to break up the segments within...you'll get more juice than you think possible! 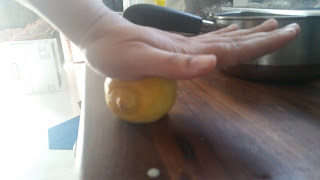 Reduce your liquid to a gentle simmer for about 3 minutes, then remove from the heat. Let the mixture steep for about 40- 45 minutes, then strain. I have a pour-over drip coffee aparatus that I use to make sodas, when set with a wire mesh strainer, but use whatever you can to get the big solids out of your liquid.

When your liquid has cooled to about body temperature, funnel in your liquid along with the strained ginger bug, into your glass bottles. I use a larger bottle, about 1 litre, for mine, so that fills the bottle up to nearly the top. If you want to make this into more of a lemon-basil-gingerbeer, you can pinch the tiniest amount of dry yeast into the bottom of the bottle, or brewer's yeast, if you have that lying around.

Let your bottle sit on the counter for 3-5 days to allow the fermentation. It won't hurt for you to un-pop your bottle to let out some of that carbonation once per day, either, or things could get...erm...

While you could put this in the fridge once you're satisfied with the fizz-level, I like to leave it out on the counter and simply pour over ice when I want something chilled. I find that the constant temperature of 70 degrees in my house is just fine for keeping soda relatively refreshing. And, remember, this soda has ZERO SALT in it. When was the last time you looked on your coke can and saw zero sodium on it?

I hope you are now inspired to make your own soda at home! You can use this formula for many flavors of soda...honestly, I've used this sort of ratio to make kool-aid into soda before, with excellent results. But do try to keep it organic and natural, will you? The idea of this is to keep yourself trim without busting your wallet in the process.


Ready to make some #homemade #lemon #basil soda? All you need is a #gingerbug and some simple ingredients to make your own soda out of anything! Like and comment below for the recipe! #foodiechats #foodblogger
A photo posted by Chef Kolika (@wannabgourmande) on Feb 17, 2016 at 9:51am PST

Oh, and follow me on Instagram if you aren't already! Happy cooking and happy eating(and drinking)!
Posted by Wanna B Gourmande at 11:54 AM